Latinx and Hispanic Communities and Heritage 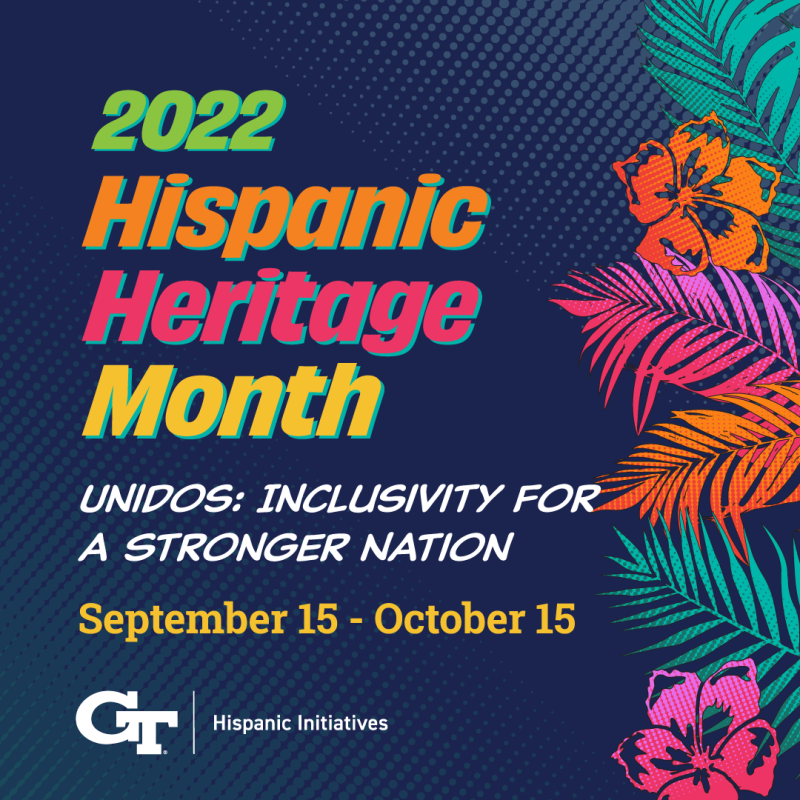 Visit the GT Office of Hispanic Initiatives for more information on how Georgia Tech is celebrating Hispanic Heritage Month with the theme: Unidos: Inclusivity for a Stronger Nation.

This guide is a starting point to becoming aware of and honor the Latinx and Hispanic communities.

Here are links to some of the important Latin American and Hispanic organizations on campus:

"The observation began in 1968 as Hispanic Heritage Week under President Lyndon Johnson and was expanded by President Ronald Reagan in 1988 to cover a 30-day period. It was enacted into law on August 17, 1988." - Source: National Archives