Latinx and Hispanic Communities and Heritage

The United States Census collects data on its population every 10 years. According to the 2020 US Census data, individuals identifying as Hispanic or Latino/Latina make up 18.7% of the total US population, or just over 62 million people.

More information on how the Census uses the terms Hispanic and Latino.

The Census Bureau predicts that the Hispanic population to grow steadily to 111 million people by 2060: And here is how the population is distributed in the country (lower 48 states shown): 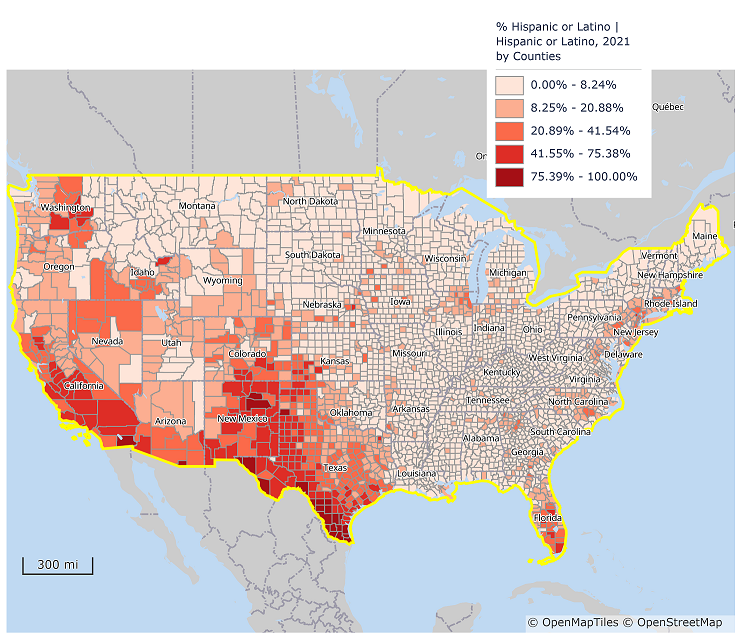