Atlanta has had an active culture of LGBTQIA+ activism since the 1960s. Over the years, this community has struggled against those who deny or criminalize their existence. The website OutHistory has a timeline of notable Atlanta events since the Stonewall Uprising in New York galvanized national LGBTQ communities into action.

In fact, just one month after the Stonewall riots, Atlanta's LGBTQ community rose up to protest a raid on a theater in a predominantly gay district in mid-town, sparking the creation of the Georgia Gay Liberation Front. Read more about this event here.

LGBTQIA+ Georgians are an essential and vibrant part of the local community. Below is an introduction to those in the community making a difference now from OutGeorgia

For further reading about LGBTQIA+ history, see the following:

Several archives in Atlanta contain resources documenting the history, activism of and advocacy for LGBTQIA+ communities:

Georgia Tech LGBTQIA+ student activists have been working for equality for many years.

Scout Shultz was a leading LGBTQIA+ activist on campus, tragically killed in 2017. Scout's death further galvanized the community to work towards positive change. This story from 2018 memorializes their activism and legacy. GT Pride Alliance raised funds for a memorial bench in their honor, to be installed on campus. 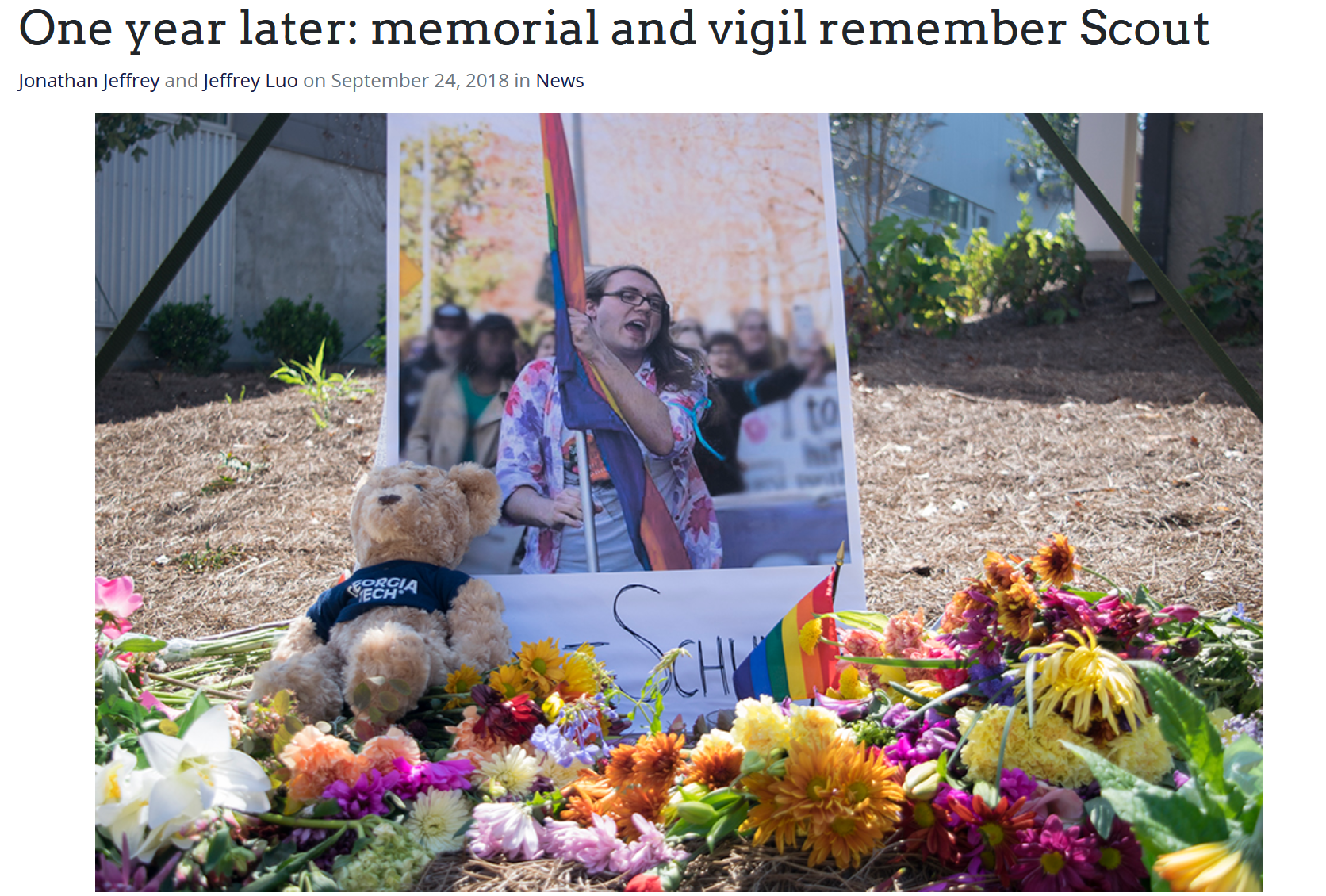 Georgia Tech's digital repository contains many full-text issues of the student newspaper the Technique spanning 1911-2014. These contain articles about the Pride Alliance and its predecessor the Gay and Lesbian Alliance (GALA) from 2000-2014. 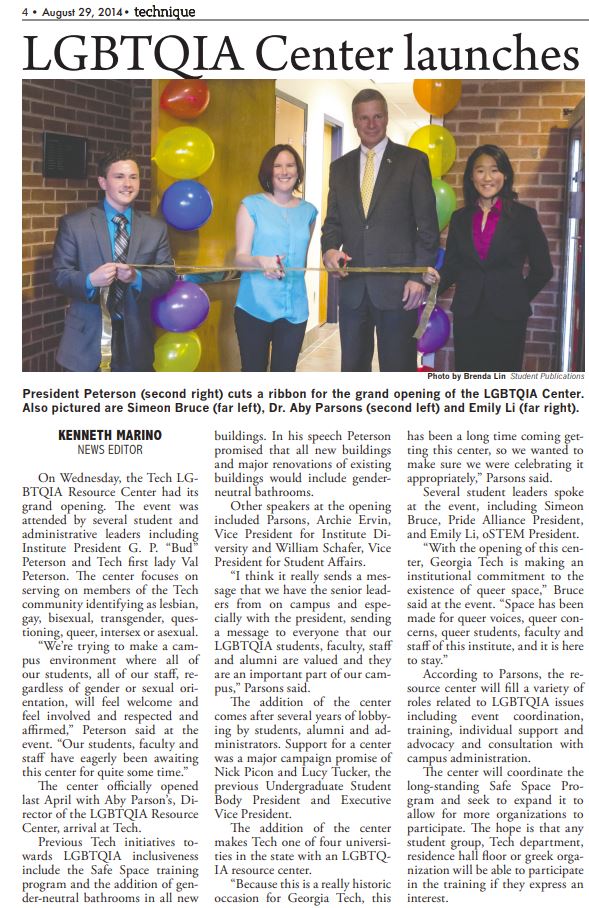 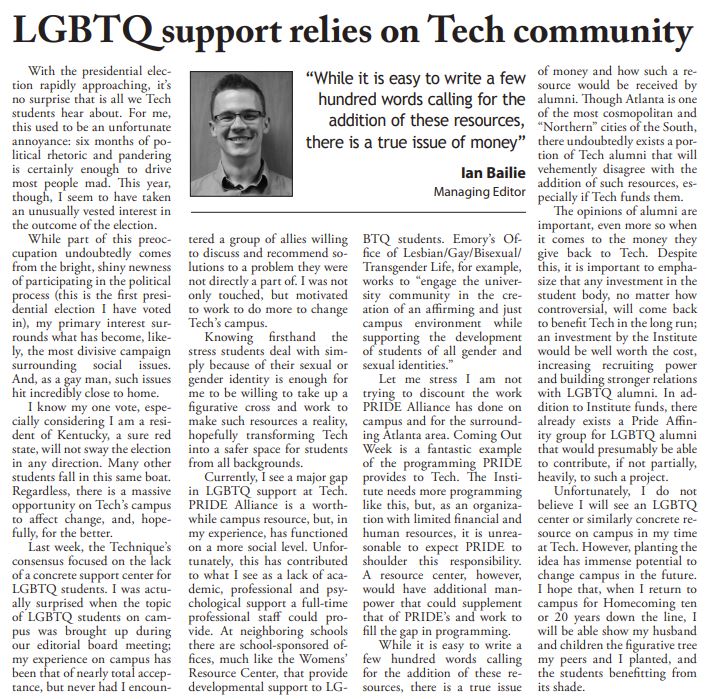 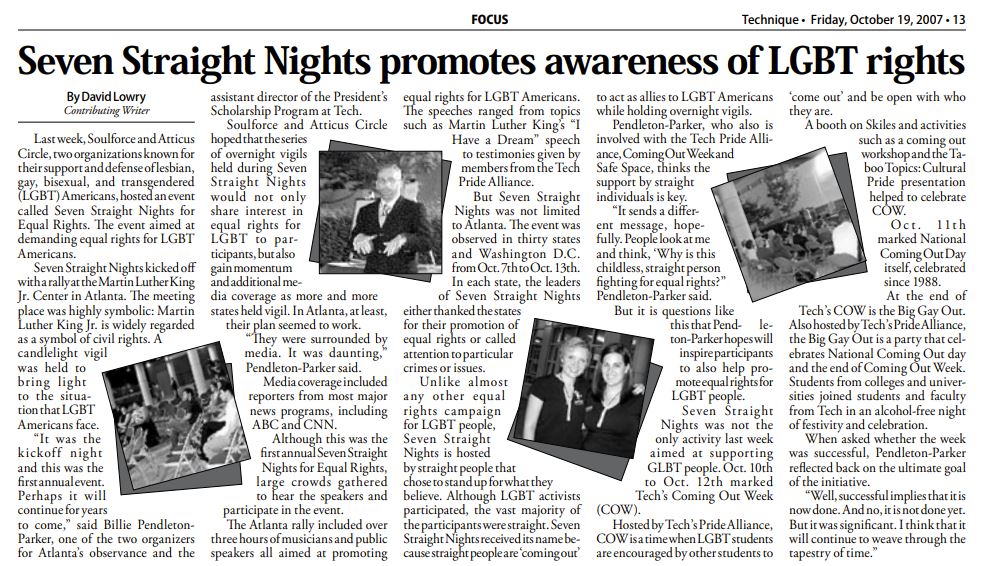 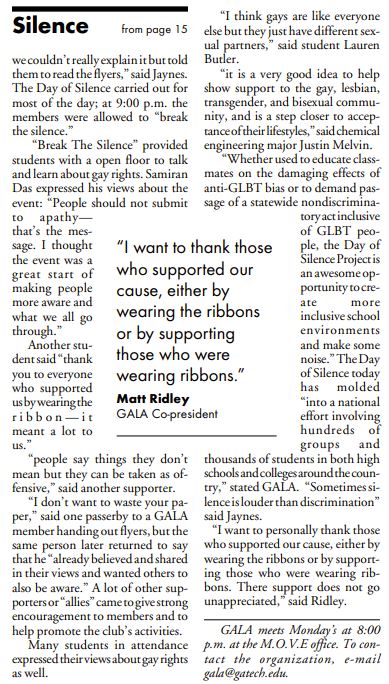