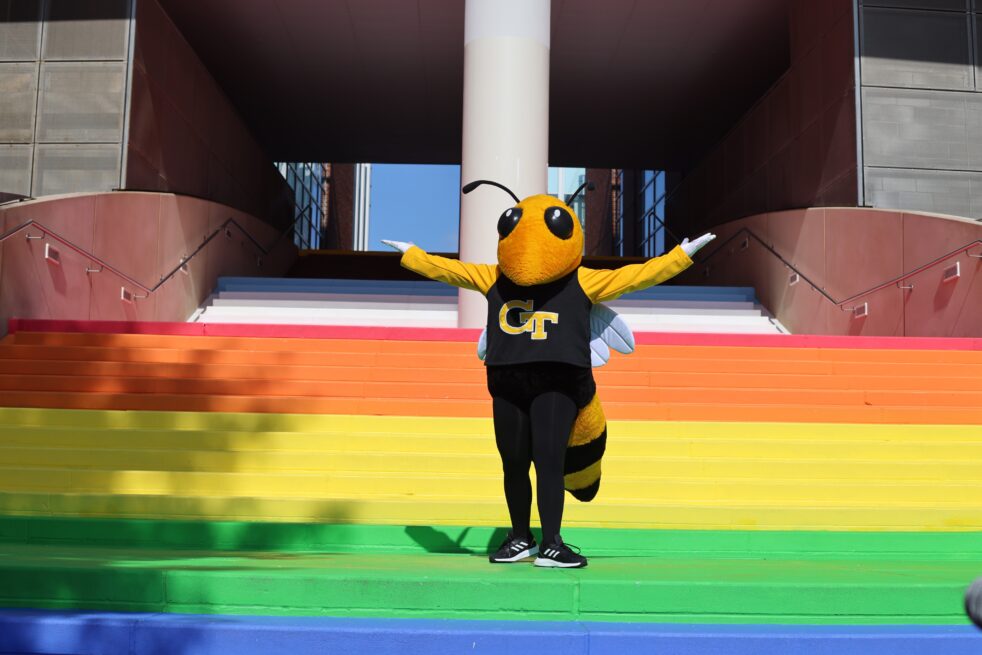 This page gives further information on the various identity and expression terms used by the LGBTQIA+ community, including the flag symbols that are typically associated with each. Here is a short video that explains the history of the development of the Gay Pride and Trans Pride flags.

Gender identity refers to an understanding of self in terms of being a man, woman, both, neither, or other gender.

Below are some gender identities that are part of the transgender and nonbinary communities at Georgia Tech.

Transgender - those whose gender identity differs from expectations of their assigned sex at birth.

Gender Fluid - is an identity that is not fixed, this identity describes someone who feels a mix between traditional genders in general or situationally.

Non-binary - an identity that neither identifies with being a man or a woman.

Where gender identity describes how individuals think of theirselves,  sexuality or sexual orientation describes romantic and/or sexual attraction that we feel towards others.

Lesbian - a woman whose primary sexual and affectional orientation is toward people of the same gender.

Gay - a man whose primary sexual orientation is toward people of the same gender.

Bisexual - a person whose sexual orientation is toward people of the same or other genders.

Asexual - a person who describes their sexual orientation as feeling little to no sexual attraction.

Pansexual - a sexual orientation that describes sexual or affectional desire toward people of all genders.